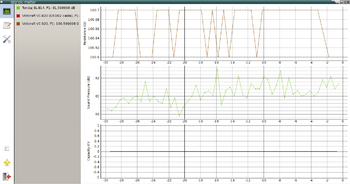 sigrok-meter is a special-purpose GUI for libsigrok (written in Python 2/3, using Qt and the libsigrok Python bindings) which supports certain classes of test & measurement devices that usually provide slowly-updating measurement values, such as multimeters (DMMs) or dataloggers.

It does specifically not support logic analyzers, oscilloscopes, and mixed-signal oscilloscopes (MSOs). See Pulseview for this use case.

NOTE: sigrok-meter is work in progress and is not yet suitable for everyday use!

Consider SmuView which is under active development and has more features.

There have been no official tarball releases, yet.

Distro packagers should not package this, yet.

You can also browse the source code via gitweb.