This page lists some information about ICs commonly used in various multimeters (DMMs).

Many multimeters use a special-purpose multimeter IC internally. This table lists those chips, as they're often directly responsible for the protocol and data format of the PC logging functionality of a multimeter.

The Cyrustek ES51978 is an all-in-one multimeter chip. The data protocol is well described in the datasheet.

The Cyrustek ES51922 is an all-in-one multimeter chip. The data protocol is mostly described in the datasheet.

Very little information is available about this chip, even though it was put on the market in 2013. Most of the information found on the web is in Chinese. Searches suggest that some PeakTech, UNI-T, RadioShack, and Velleman DMMs use that chip. 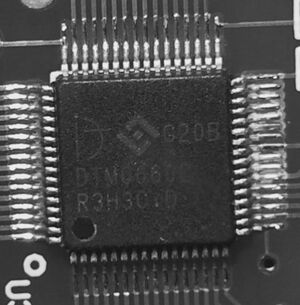 The protocol used by the DTM0660 looks similar to the one used by the FS9721_LP3 IC (see protocol description below), except that it adds one more byte to the packets (probably to accommodate supplemental symbols displayed on the LCD) and that the nibble order is reversed.

Interestingly the datasheet indicates that the chip is able to send 14-bytes packets and that the nibble order can be inverted by programming a special register in EEPROM, potentially allowing a full FS9721_LP3 compatibility. This also means that devices using the DTM0660 could have different protocol versions.

Packet structure (can be affected by EEPROM registers) 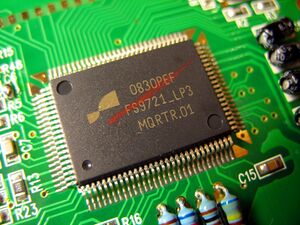 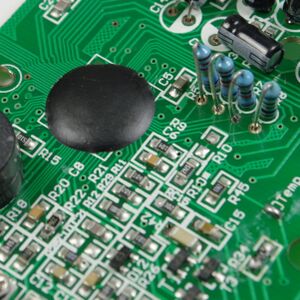 The chip periodically sends 14-byte packets at 2400 baud, 8n1. The upper nibble of each byte indicates the byte number. The payload is composed of the lower nibbles, and is a 1-1 mapping of the LCD segments. The downside to this protocol structure is that transmission errors in the LSB nibbles cannot be detected. There is no checksum or CRC in the packet. The 4 user-defined bits can have different meaning on different multimeters using this IC. 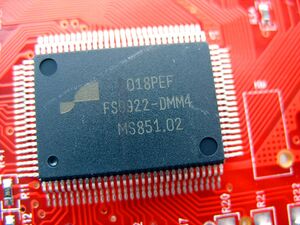 The Fortune Semiconductor FS9922-DMM4 (datasheet) is a widely used 6000-count auto-ranging DMM chip: it takes input from the various controls on the front panel, drives the LCD display, and can communicate its readings via a serial port. 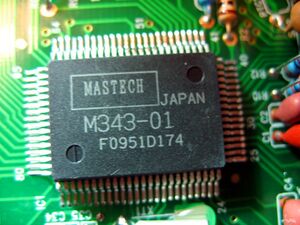 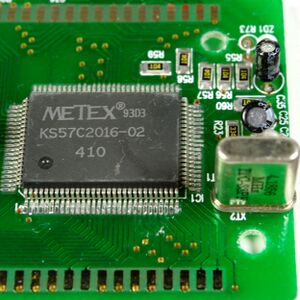 Various multimeters from Metex (and rebadged ones) use this common 14-byte packet based ASCII protocol. The actual multimeter ICs in the devices have different names (e.g. "MASTECH M343-01" or "Metex KS57C2016") but they all use the same common protocol format.

Every time the host sends a (any?) character to the DMM (most software packages send a D/0x44), it returns 14 ASCII bytes containing the measurement mode, value, and units. Even with continuous packet requests, the IC will only send a packet when a new measurement is available.

There is no additional other information about the multimeter status returned in the packets (e.g. no low-battery bit, no relative/min/max/hold bits, and so on).

Some older devices like the Voltcraft M-3650CR use a slightly different protocol:

The mode indicator can take the following values:

Modes F, N, S, T are described in the documentation, but not produced by my GDM 704. Instead, the multimeter does not transmit anything in those modes.

The same protocol is probably also used by the GDM 703 and the GDM 705.