This is already very useful, and a massive improvement over counting out pulses on an oscilloscope screen. However, sigrok allows us to go one step further with the use of so-called second level decoders.

To add a second level decoder we go to the Stack Decoder menu, and select the DS1307 decoder. 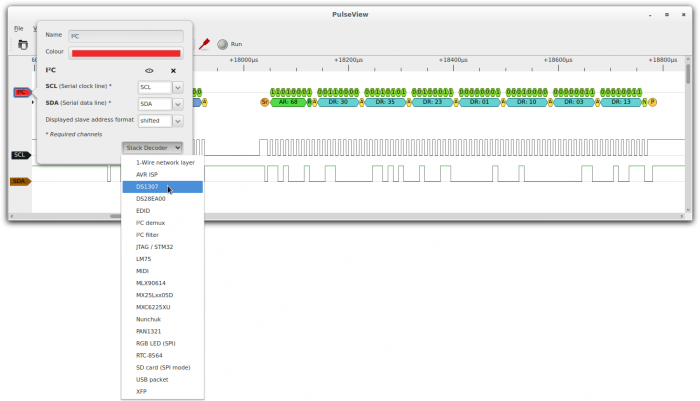 With the second level decoder added, we can now see that sigrok has decoded the meaning of the I²C commands, so that we don't need to bother searching the reference manual. In this view, we can see that the I²C packet was a command to read the date and time, which was 10.03.2013 23:35:30. 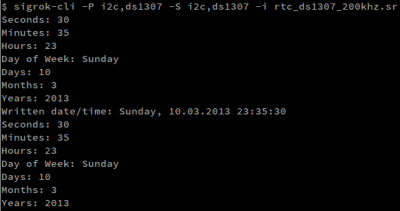